If they are looking at their phones instead of our exhibits, it’s our fault – not theirs. 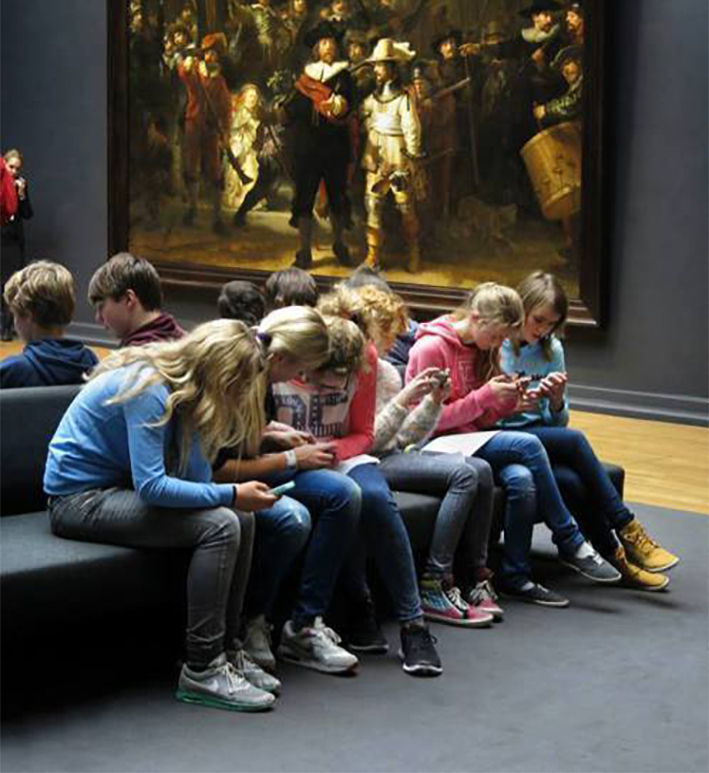 By now we all must have seen this photograph, showing a group of schoolchildren apparently ignoring Rembrandt’s artistic masterpiece – seemingly engrossed instead in Facebook or TikTok on their mobile phones. It’s a familiar and frustrating sight for many of us working in the heritage sector.

The image, taken at Rijksmuseum in Amsterdam, went viral and has been shared and commented on thousands of times since the picture was posted online by photographer Gijsbert van der Wal. The vast majority of comments have been rather unkind, describing the scene as a sad reflection on the state of today’s youth and ‘a metaphor for our age’. However, I must admit to enjoying a certain schadenfreude when I found out the kids in the picture were actually looking at the museum’s mobile app as part of their research for a school assignment, and not social media, as most commentators had accused. Indeed, another image of the same group shows the kids seated and engrossed in front of one of Rembrandt’s portraits. 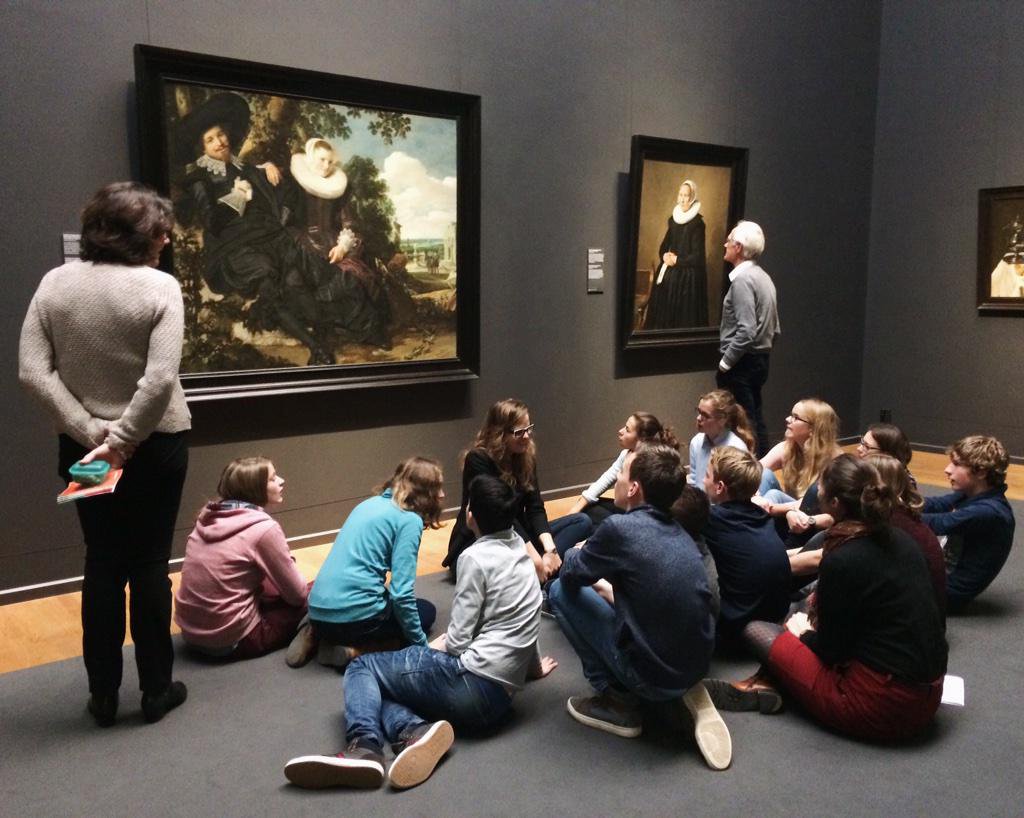 However, while the truth of this particular image might embarrass those who were eager to tut and huff at the youth of today, there’s no getting away from the fact that many heritage sites ARE failing to engage their visitors. Sights such as this should make us embarrassed – not of the behaviour of those unimpressed by our exhibits, but embarrassed at ourselves and our own failings. Because if people aren’t engaging with our exhibits, it means we’re the ones at fault and we only have ourselves to blame.

The lack of relevance and empathy

As visitor attractions we have a remit and a responsibility to attract and engage visitors. If we’re not successfully doing that then it is rather arrogant to blame the visitor when they choose to look elsewhere for entertainment. If people are looking at their phones then that’s simply a sign that they’re just more interested in their phones than they are in our exhibits. And if that is true, then we should be embarrassed. It’s our job is to engage them, and if we don’t, then visitors are quite at liberty to seek out a more engaging activity.

Anyone who has spent time observing our visitors will know that most of them aren’t heritage enthusiasts. Most are ordinary Joes and Joannes on a day out, looking for something interesting to do with their leisure time. And, whether we like it or not, most will need a little help understanding the items on display in our exhibitions. To do this, we must interpret them effectively, and this is where many heritage sites sadly fail.

Interpretation is all about explaining the meaning of something, but there’s an important caveat to consider too. It’s important to remember that good interpretation should not be focussed on what the exhibit means to YOU, but focus instead on what the exhibit might mean to THEM – the visitors. This application of empathy and focus on relevance is the tipping point of good interpretation, and many sites fail because they expect visitors to be inherently interested in our subject matter.

We’ll all be familiar with this type of interpretation, often created by curators and historians and usually written in a language and style which will not engage most visitors. It’s characteristically too detailed and too long, contains jargon, or assumes the visitor already has a foundation of understanding. And, for most visitors, that is simply not the case.

Be engaged – or else!

In one of the threads heaping blame on the schoolkids shown in the viral photo, I was asked if people should not find art and exhibits intriguing in their own right, and therefore be interesting enough to negate the compulsion to pull out the phone for a quick fix.

In an ideal world everyone would be interested in heritage and museums and art and be so immersed in the exhibitions that they’d be engrossed regardless. But we would do well to remember that the need for good interpretation is entirely dependent on who is looking at the exhibit. Even art masterpieces, such as the Rembrandt in question, are not entirely self-evident to those with no previous interest or understanding of art. The need and use of interpretation will vary depending on the visitor, what the artefact is and how it is presented.

Some people might be intrinsically intrigued by Rembrandt’s work.

But, and this is the whole point of good interpretation, those who are not naturally interested in a particular artefact might be persuaded to be interested if they can be engaged – if the importance or meaning of the artefact can be explained to them in a way which makes it appealing or relevant. Banksy fans can become Rembrandt fans if galleries offer the opportunity to appreciate it through good interpretation.

As mentioned previously, visitor attractions have a mandate to attract and engage visitors. And so, by default, we have a duty to appeal to as wide an audience as possible. If our interpretation, or lack of it, is failing to engage, then we have failed. If we just put art and artefacts on display and say ‘There you go – now be engaged!‘ then we will fail. Unfortunately, many establishments do exactly that. 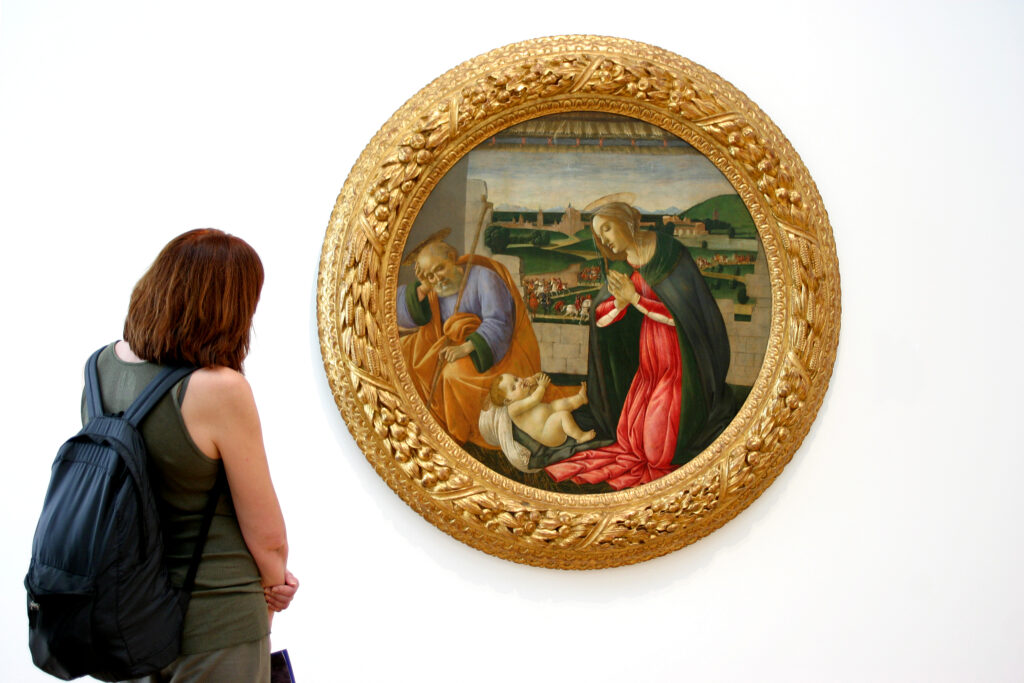 I think we can all agree that galleries and heritage attractions can be so much more than just collections on display. Our museums and galleries have an important job to do and a vital role to play in our society. Our responsibility to engage, inform, amuse and enrich our visitors’ experience plays a big part in this.

Good effective interpretation is key to us fulfilling this responsibility. Remember that interpretation is all about explaining the meaning of something and it should always be focused on the needs of the visitor. Good interpretation is vital to the health and wellbeing of our sites and our industry and our cultures.

Because, without it, our exhibitions are simply a collection of meaningless old stuff and most people just aren’t that interested.