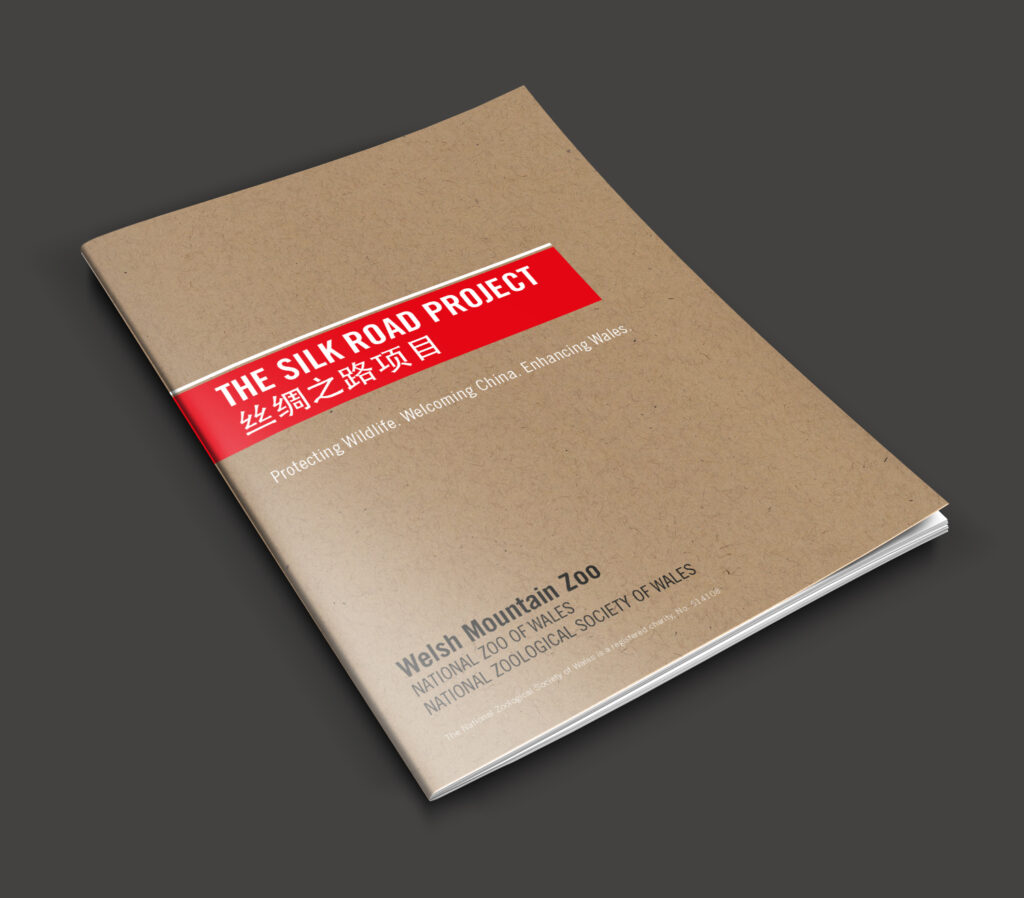 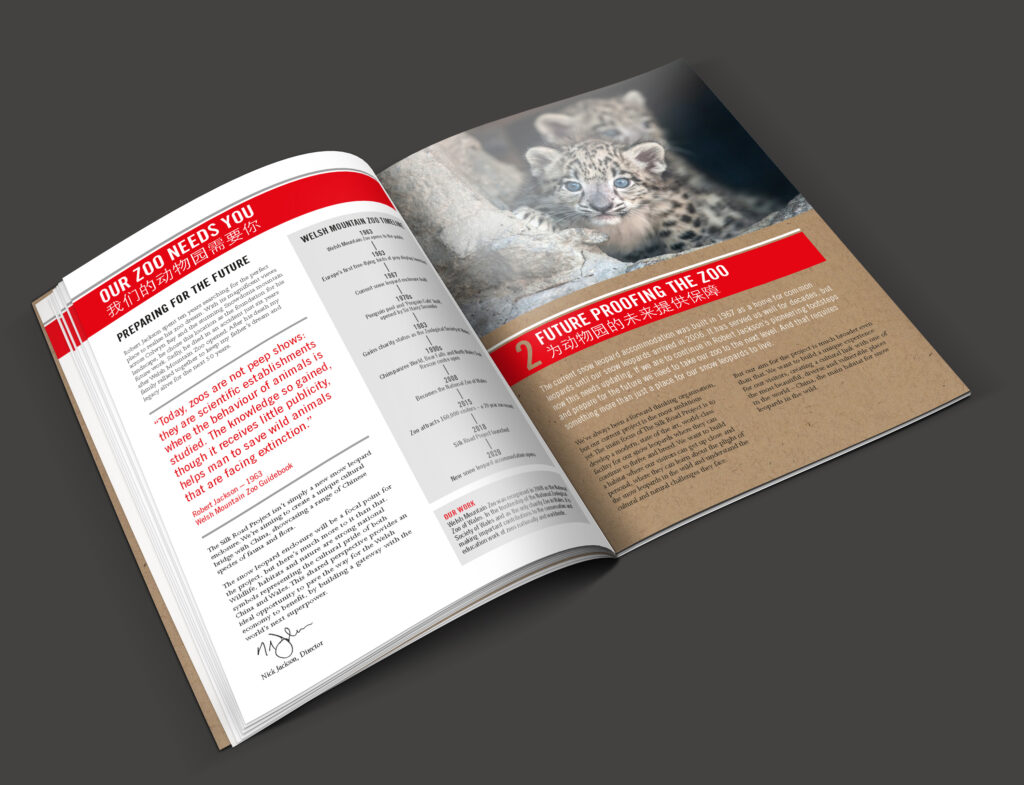 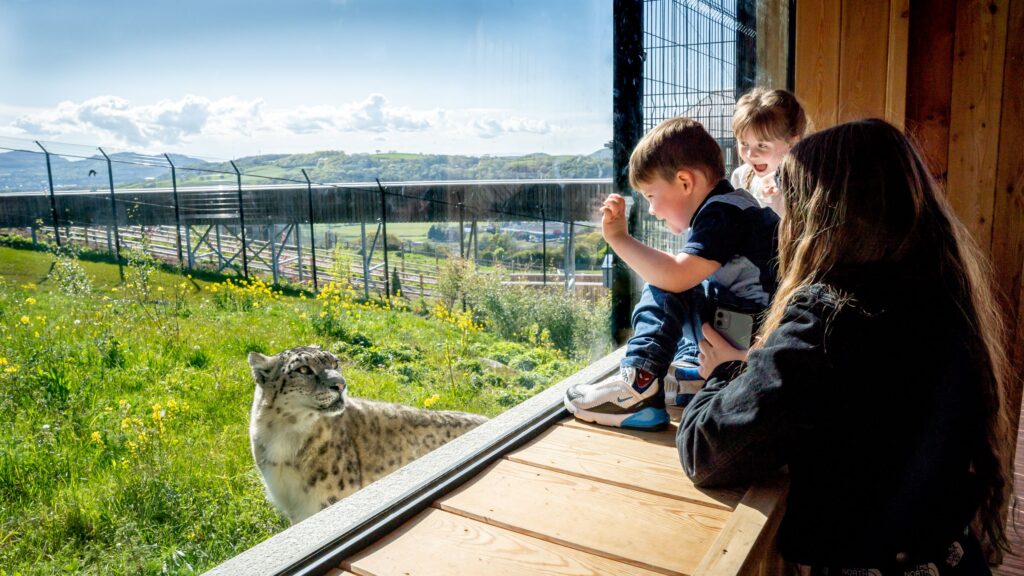 We jumped at the chance to work with Welsh Mountain Zoo on their snow leopard project because, well, who wouldn’t?

We worked with Welsh Mountain Zoo on this crowdfunding project to raise vital funds for their new snow leopard enclosure. The documents were designed in English and Welsh, and featured headlines in Chinese which linked back to the project’s title ‘Silk Road’.

We’re delighted to say that Welsh Mountain Zoo surpassed its crowdfunding target and has completed work on its new, state-of-the-art enclosure.

Welsh Mountain Zoo has two snow leopards, Otilia and Szecsuan, who are part of an international breeding programme. Their contributions play a crucial role in the continued conservation of these endangered animals.